Mu Hpare, CEO and Co-Founder of Song Birds International, is an Interpreter for the following languages:  Burmese, Kayan, Karenni, and Thai.  She has been involved with Interpretation and Translation most of her life.

She was born in Burma (Now called Myanmar) where she had to flee as a Refugee, due to an ongoing civil war, to Thailand. She was placed in a Refugee Camp in Mae Hong Son, Thailand next to the Burma/Thai border near the town of Nai Soi. Her people, the Kayan, could leave the Refugee Camp and establish a traditional style working village. She had developed her language skills by helping the communication process with the UNHCR and the many Tourists that would come to see her people. They were considered interesting due to the women traditionally wearing the brass rings around their necks giving the impression of a longer neck. She could study through the Refugee Services provided to her by the UNHCR.

Later she came to the United States and settled in Bowling Green, Kentucky where a large amount of Karenni (another Myanmar tribal people) had been resettled through the UNHCR. There she had worked as an Interpreter, mainly for the Karenni, for The Bowling Green Public School System, the Catholic Church, and the Barren River Medical Clinic. She went to the Western Kentucky University and received a certification for Medical Interpretation. After moving to Iowa in 2014 she worked for Tyson Foods Incorporated, where she had helped develop many new Interpreting Programs. Then she had worked as an Independent Contractor as a Professional Interpreter until founding this company in June of 2017. She has performed Interpretation in the following areas: Judicial, Legal, Business, Financial, Medical, Social Service, Industrial, and Educational. She is a Member of the National and Iowa Translation Organizations. 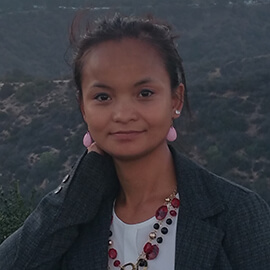